On April 10, 2014, Massachusetts Governor Deval Patrick proposed a plan that would eliminate non-compete agreements in technology, life sciences, and other industries.  He and his administration have stated that they “feel[s] like non-competes are a barrier to innovation in Massachusetts,” and they “stifle movement and inhibit competition.”  The Governor says he wants to eliminate non-competition agreements “to promote innovation, job creation and the growth of companies to scale.”

The proposal to prohibit non-competes in the Commonwealth is modeled after a similar ban in California, and is part of a $100 million 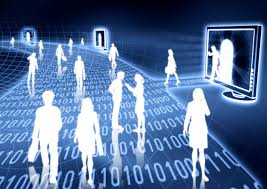 economic development package called “An Act to Promote Growth and Opportunity.” Patrick’s plan is also tied to the Commonwealth adopting the Uniform Trade Secrets Act (UTSA), which has been adopted in 46 states and the District of Columbia, and allows employers to take action to protect employees from taking confidential and proprietary information in order to compete with a former employer. Massachusetts is currently one of only a handful of states that has not adopted the UTSA.

According to Governor Patrick, the simultaneous adoption of the UTSA will soften any negative consequences of eliminating non-competition agreements, and will allow companies to protect their trade secrets from misappropriation.  Patrick’s version of the UTSA, however, contains more rigid provisions for protecting trade secrets than similar acts adopted by other states.

The MA state legislature will have an opportunity to consider the proposed plan over the coming weeks and months.  However, unless and until the Act passes, non-competes will still be the law in Massachusetts.  More information about the proposed plan can be found at http://www.mass.gov/governor/pressoffice/pressreleases/2014/0410-governor-patrick-announces-economic-development-package.html..