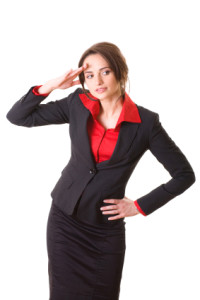 Human resources and Medical Marijuana – now that it’s legally approved for medicinal use, how does that affect employers?  What about drug screening, or someone  who uses marjiuana (medicinally) while working?  Is there anything that you, as the employer need to know?

As of January 1, 2013, the Commonwealth of Massachusetts became the 18th state (since 1996) to approve physician-authorized cannabis (marijuana) for patients with certain medical conditions.

Not everyone can use marijuana, however. To qualify for medicinal use, a patient diagnosis must specify a debilitating medical condition. Conditions that potentially qualify include

Patients need written certification from a physician that the patient has a specific debilitating medical condition.  Not all conditions would apply.  The patient must ostensibly receive some relief with medical use of marijuana.  So, not everyone will be potentially able to legally light up.  The “legal” aspect is important – since the Massachusetts Attorney General has determined that this new law eliminates state criminal and civil penalties for the medical use of marijuana by qualifying patients.  The law allows patients to possess up to a 60-day supply of marijuana for their personal medical use.  Note that the qualification to be legal includes the medical diagnosis and prescription.

Until State Health officials issue regulatory guidance on use and availability of marijuana for medical use, employers should be alerted that drug screening may need to be handled in a more sensitive manner.  With HIPAA (health Insurance Portability and Accountabiity Act) the employer must be careful requiring an employee to disclose any medical information.  Consequently drug screening that reveals a positive for marijuana may not be due to abuse, but in fact, due to medical use.  Pubic health officials are charged with issuing guidelines by May 1 that prescribe guidance for use and availablity of medical marijuana. Guidelines that deal specifically with handling drug testing are still being resolved.

New law requires new policies, and the legislation does address employer’s marijuana policies — Section Five, clause D reads: “Nothing in this law requires any accommodation of any on-site medical use of marijuana in any place of employment.”

Other states with medical marijuana laws have decided medical marijuana laws don’t have to accomodate marijuana use, regardless of whether the employee has a medical condition. In fact, in several states, employers are not prohibited from terminating employees for violation of drug policies. In Ross v. Ragingwire Telecommunications, Inc., the California Supreme Court ruled that an employee (using medical marijuana) who failed a drug test was not wrongfully terminated.

In most instances if someone has an illness that requires ongoing medication, they may not be involved in the workplace, however, since it’s unclear, as the employer, it’s critical to update your policy manual to determine what is acceptable within your organization.  Of course, comparing with applicable laws and staying on top of the changes to these laws will become more and more important.

While medical marijuana laws are still very new, and the legal community is still sorting through how to deal with the HIPAA and medical marijuana use versus drug testing, it appears that employers can still (for the time being) act upon employees failing their drug screening.  Since this is an evolving area of the law, it will be important to stay informed with updates as they happen, and to understand how legal precedents may impact human resource departments and employee policy. Its important that as an employer, you review your current drug testing policies to ensure compliance with Medical Use of Marijuana Laws as they evolve.